7 Spanish Foods You Must Try

You are invited to a well-served Spanish table with us, take a sit, ¡por favor! We should warn you now because these delicious Spanish foods will make your stomach growling.

Spanish cuisine continues to be popular worldwide. Although, the ‘Spanish cuisine’ does not actually exist; each Spanish region has developed its own dishes and unique products. Spanish food culture is different from English food culture. Spanish people eat main courses twice a day and their breakfasts usually contain fruit, sweet food, and black coffee. However, the food culture differs per region.

The Spanish traditional dishes are described as appetising and simple to prepare. Many tourists visit Spain, not just to experience the culture and enjoy its beautiful landscapes, but also to taste some traditional Spanish dishes.

Tapas bars can be found everywhere in Spain and other countries. You are most likely to have a tapas bar in your city. Tapas are probably one of the most famous Spanish dishes. Tapas are a variety of small snacks shared between a group of people. They are served cold or hot; potato tortilla, patatas brava, cheese, and chorizo are a few examples. Calamares Fritos are also very common in tapas. They are made of fried squid rings in batter.

Tapas are originally from Andalusia, therefore the best tapas bars can be found in that region of the country.

The first time paella was served, was in the 19th century in Valencia. The ingredients of the traditional paella are rice with chicken, rabbit, snails, or seafood.

We also suggest you to read:  Things to do in Valladolid - Spain

The name ‘’paella’’ comes from the Latin word ‘’patella’’, which means pan. Paella is traditionally served for the whole family on a round table with the pan in the middle. It is now turned into a festive meal and is usually prepared on Sundays. 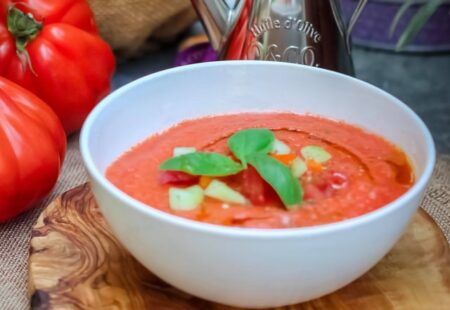 Another popular dish that originates from Andalusia is the gazpacho. It is a typical Spanish soup and is served cold. Gazpacho is a healthy meal and full of vitamins.  The main ingredients are olive oil, cucumber, tomatoes, garlic, onions, and peppers.

Salmorejo (in the picture) is similar to gazpacho but thickish. 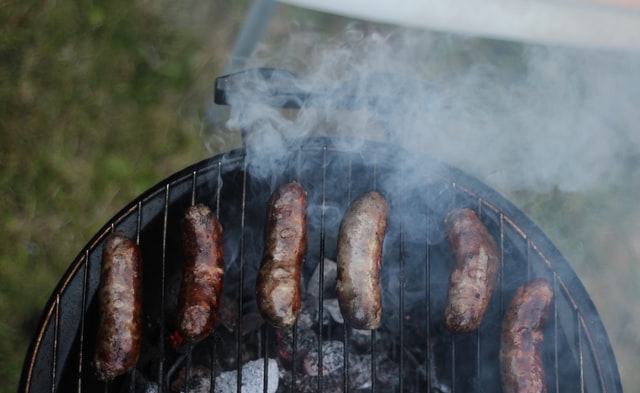 Chorizo is the famous spicy sausage. Generally, chorizo sausage is made from pork and paprika powder. The Latin-American version of the chorizo is made out of red meat. Extremadura is the native region of the chorizo. Chorizo has been around since the 17th century.

We also suggest you to read:  The seven wonders of Liverpool

Churros are very popular in Spain and South-American countries. It is made from fried wheat dough and served with melted chocolate or powdered sugar. Churros are often eaten as a dessert in other counties. In Spain, churros are made for breakfast or as a snack.

Is this article interesting for you

Hola, I want to know more about...